We have been in Portugal for a while.. A great country with amazing people. this is our first documented trip since the opening of our Website.   The Mot is due for Trusty at the end of May, so a leisurely drive back to the UK. We can get back in 3 days if we wanted, and have done before,but we are going to going to take 8 weeks and do it the long way round, Via our present location in Portugal .

Driving along the coast of Spain, then France. Deviating on and off the set route at will. Or at least that’s the plan !Starting from Paderne. Where we often end up..a great village 8 miles of the coast of the Algarve.  In practice, we find that plans change when your actually out on the road.

We have travel led extensively over Portugal in the last 3 years. We decided to set up our base in this lovey little white town, Portugal’s award winning Prettiest village of the year…Not just because of its title. but more for its location, around 10k from Albufiera, surrounded by nature scenic views, and no concrete high rises. it has  small family run restaurants, and bars, and is one of the best places we found to date, in Portugal

The Old Roman Bridge Below The Castle Paderne.

The Bridge at Paderne (also known as “Roman Bridge”) is situated over the bank of Quarteira River, in the immediacies of the castle

Were all excited, Packing out Trusty, and unpacking her, too much stuff not enough?? etc We are quite old hands at this, but no matter how much you try. We sneak extra stuff into her, thinking we might-will need it. I say Teresa has too many shoes, and Teresa says, I have to many tools. (You Cant Fix Trusty with shoes)  Wink Wink. Shoes may come in handy for a walk. But remember: A second class ride beats a first class walk, any day. Not That Trusty is second class,bless her..(had to put that in,or she will sulk)

If you’re in doubt about whether you need it. calculate the weight times the inconvenience of moving it around all the time.The fuel used to carry it a. The  Solution is not to take it, Spain and Portugal have hundreds of cheap outlet, Chinese etc. so if you really need something, buy it. After several years of doing this, I still have to go through Trusty and take out stuff we think we may need, and never use.

Did a final check on Trusty, all good, just the oil and filter to change, Just re-insured her and she’s ready to rock and roll

Wow. where did all this rain come from. It’s washed out the start date of our 2018 trip. We will delay a few more days till it improves per_sissing down outside, glad we are cosy and warm in side. This was the road to and from the Villa..we attempted to get the motorbike through it once before, last time we were here,and ended up in a mud bath!! we will wait till it becomes passable.

Left Paderne midday. A week later than we planned. Weather has been atrocious last 5 days, we were parked up at our friends villa for a few days till it blew over.

the trouble is their drive is down a dusty track . The rain turned it to a mud bath, fearing if we waited any longer, we may not get out, we made a bolt for it transit and empty trailer first. Slipping and sliding Trusty pulled through it, next? The Bike.. But it rode through it OK. Loaded and 58 miles later, we are parked up on Castro Marim car park

Spent last night here. pretty busy.  We have visit  most of the spots on the way to here. And a lot will be documented in our later Travel blogs. I will include a Portugal page eventually. Aire with full facilities is 100 meters  from us. Full when we got here. Water, black and Grey services are available, its a good Aire, a bit tight, sardines again. but to be honest its normally full. The large central car park is 100 meters away. normally much better and next to bars, supermarket. You do get a few trucks pulling in now and again. but never been a problem for us on the countless times we have used it. Pictures below show it packed..a rare sight.

Weather is Grey and grim. today. 11/03/18  Just sorting breakfast, then getting ready to roll. Not sure where yet, crossing into Spain later, stop for fuel then sort the next destination

Popped across the bridge to Spain, Goodbye Portugal (for now) On to today’s destination In Spain. We detoured 1 mile off the main drag to Ayamonte, after the bridge  for cheap fuel. Its quite nice to stay here as well. some very good wilding spots around

Be aware if you cross into Portugal on this bridge into Portugal, which most camping cars do. The GNR (police) may pull you over to check what your about, but really its more to get you to sign up for the toll motorway. which you dont really need at all, unless your in a great hurry, go across bridge and turn off onto the N125. its all you need to get around..

Got there  around 2pm, Weather absolutely cats and dogs. Bit of a disappointment  all round. The Aire is fenced as you can see from the picture. But when we got there it was almost full, which made it too small for us and the trailer. Would have had to unhitch the trailer, not a problem normally, but in pouring rain..not happening!

Parked outside. but weather was awful and the town did not look very inviting. Didn’t have that ooh must see feeling We moved on.

We are at present sitting on Lidl car park. Just one of those times on the road that don’t go to plan. Ran out of time and patience after 3 attempts at places to stop after Gibraleon. All looked dodgy. We are in a place called Bolluios par del condado. Just of the A49 parked in Lidl supermarket car park. not quite the sea and sand idyllic setting,or the white village either,but functional in an emergency, and you get a few of those on the road.

Most Lidl Stores seem to have an open door for camping cars, in Spain and Portugal, some in France as well, Although Intermarche supermarkets do it better in both countries, and normally have services as well. and they are always a good bolt hole if your stuck.

I later found out we got clocked by a speed camera just up the road from here, 52k in a 50k.  50 euro fine if paid within 10 days or double if not..Buggers!! you can walk faster than the difference , and Trusty was going down hill.

I’ve been designated Cookie today. so a Beef stew on the menu. Just the thing when sitting on Lidl car park. Re-stock tomorrow when they open. It’s a rare sight me allowed to cook. and what a site it is !!! Enough to put you off your Grub..Google link : Showing lidle store

We decided to head for the coast from Lidl. weather  improved, really good. 28 degrees, So off we set, set the sat nav for an Aire close to Estapona 94 miles, and set of.  Google link: Estapona

Drove through some stunning scenery,   Through breathtaking View in the mountains. 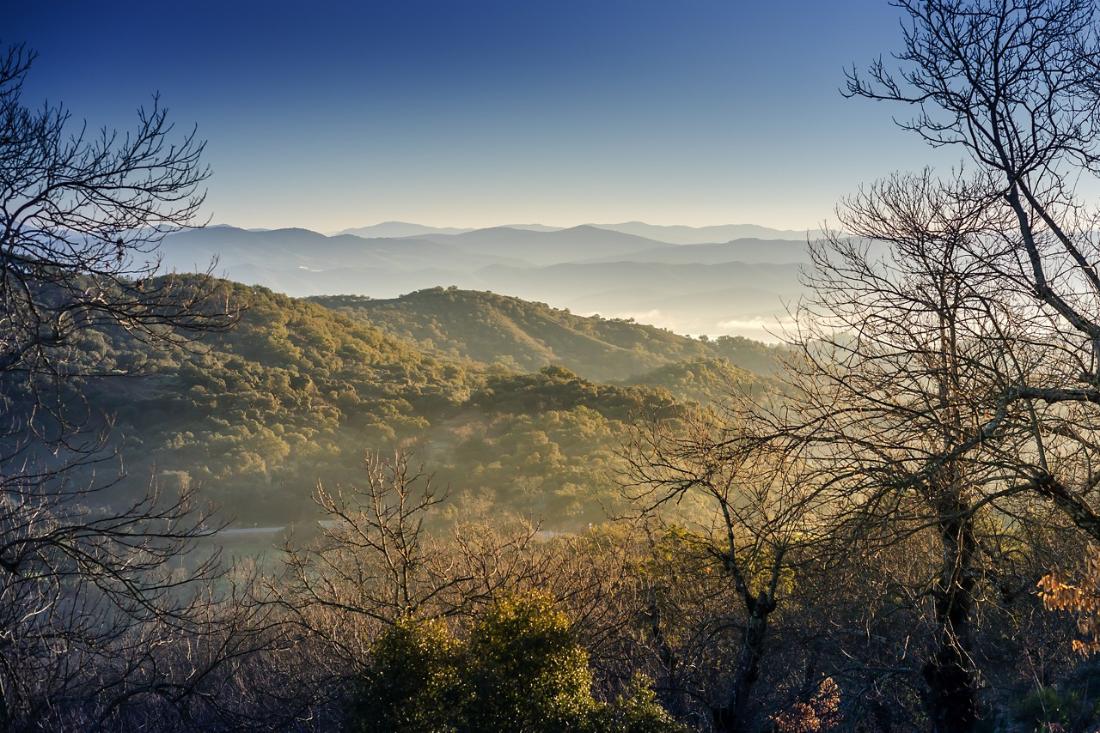 50 bloody miles down the road in the middle of the mountains, Road closed no detour around possible. Typical Spanish thinking, bung a sign closing the road at the close point, and not 30 miles back when you could turn off.

I’ve no doubt that some where they have a website to tell you these things, but  we don’t speak Spanish,  some very irate cursing from Teresa ?? ( I don’t swear) Well not Much . I have a lot of faults, but being wrong isn’t one of them.

Quick frantic search on the sat nav, and a cross-country detour of 30 miles and that’s why we are here in Cammpillos 150 miles on, and 150 miles from where we wanted to be tonight. too many mountains in the way to backtrack.

Next Page: Campillos to Benidorm