Its been a bit of a funny day today. We left Moncofa, said goodbye to Alison And Stan. They we’re headed for Castillion Aire 20 miles further north. We have been there before, but its sardine parking on the aire, So we decided to jump ahead of them to Benicassim Aire. A further 20  miles on from them.and around 40 from Moncofa.

View of Benicasim Aire, Full. Campers were also parked on road and grass verges, out of shot.

As you can see from the picture, above, its rammed. No space at all. We originally were going to Nules. And a restaurant with free camping behind, which we used last year. But decided to go to Benicassim instead. Now I must point out, that we at this point in time, have been contemplating, altering our trip to go to Zaragoza, Pamplona, and to Biarritz in France. Over the top of Spain. Anyway, we thought maybe the longer way round via the French border, on the Med side, as we did the last 3 times, might be the best bet.

Well, with Benicassim full and not much a round we wanted to park up at, we high tailed it back 40 miles to Nules.

Glad we did jump back. This place is a diamond, but big changes from last year. Its changed hands.  It was full of big American type campers, with their own car and trailer, blocking up and Hogging the best spots for months on end, gobbling the cheap electric.

Well not so this year. The new owner has removed the electric posts, so no EHU on site now. Its almost a totally free site. So you get Dump of Grey, and black, free WiFi. But water is 3 euros a fill., and the site is still nice, last year it was hard to get many other campers in. This year as you see from the photos, loads of space, still. So a win for him, as more people now in the restaurant.      Aire co-ords 39.835287, -0.10494 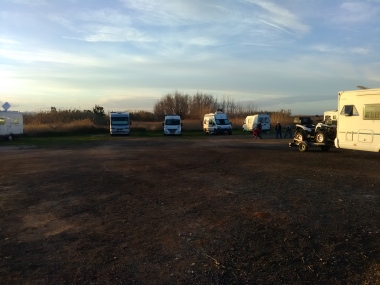 Anyway. Less of the big winges. And on to the journey. We now have decided, when we leave here, were off to Zaragoza, and over the top Headed for Biarritz after all.

Well somebody once said, I couldn’t organise a pee up in a brewery.

We left Nules and decided after a snow weather warning over the top. To continue on to the Spanish border via Jonquera. . and not go to Zaragoza. We Headed for, and  stopped at Peniscola. On the way. 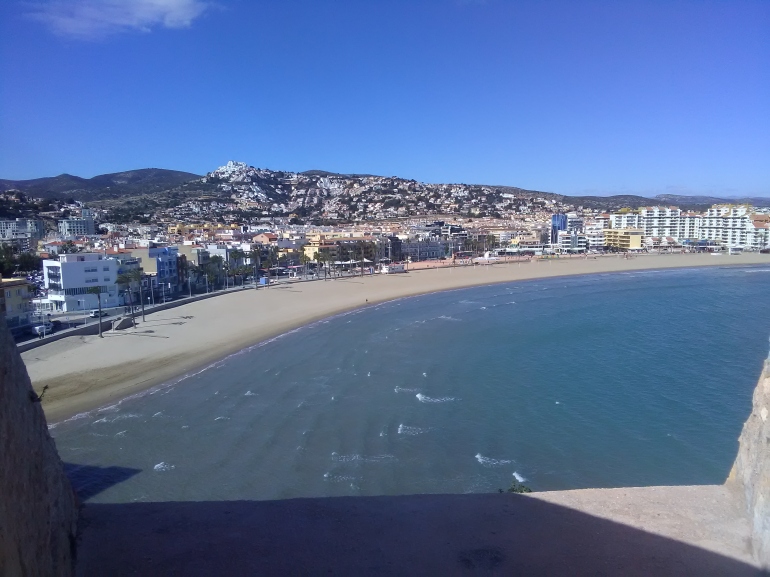 We loved this place. Lots to see. Walks are good, and Lex, our moty bike was just the ticket. 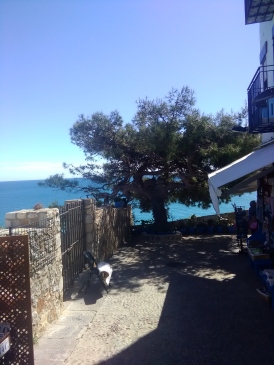 view from cafe on ramparts

Steps leading into Castle entrance, one of several 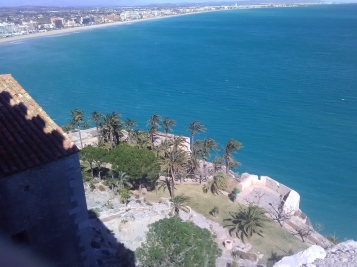 The castle was excellent. Not a bad entrance fee at 3.50 each for pensioners, Tee aged 15 years again… 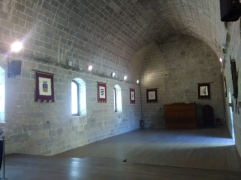 We spent two days here, then moved on towards the border. Next was a place we been to before.

Update. from this point on, the PC went bang. we are now back in England. and I will be writing it up on our new PC. As I mentioned, After a weather forecast of poss snow over the top. which never happened by the way !! We decided to abandon Zaragoza, and go the carcassone way in to France instead. More on that coming soon.

Well, as I said we would update as soon as I could, New PC, so here it is.

We then headed  for, Saint Feliu de Guixols, we have been here before, last year, but its such a lovely place, we decided we wanted to do it again. As always, things never stay the same. the Town  and Bay was, and still is great

The Aire, not so good. Its always been a tiny Aire. and extremely difficult to get into, especially with large motor homes. they ground out getting into it. We are OK with trusty, but the scraping and grinding off those expensive bodys…..Ahhh, not good.

Last year at the back of it is a very big dirt/sand car park, with hardly any one on it, same as this year. .so you could go in there, for free.Well all change !! Height barrier on that still. You can see the height barrier on the first picture. The entrance to the Aire is just down the narrow street on the right of picture and on the left as you go down it. 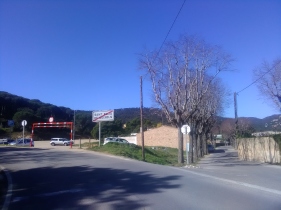 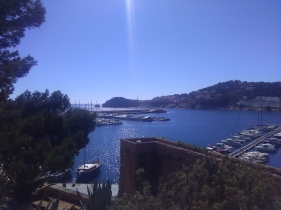 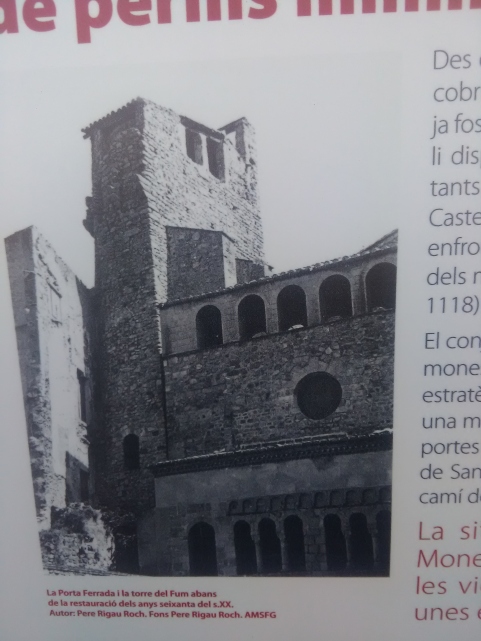 Views from top of Castle

walk way to top of castle and living quaters

Lovely place to visit, The Castle/Abbey in the town Square is worth a visit, and not expensive, entrance fee is worth it, and includes other sites.

Next, Leaving Spain, back into France.