This is the interim Before Trusty’s next Road adventure

Well we did it !! Returned to UK and bought an old Narrow-boat, and re-furbed it. Picture above is it going into water on  Monday 5th august, after we got it 90% finished on dry land.

The new adventure has begun

We decided not to sell Trusty and replace her for Trusty two..instead we went for the narrow boat option. The way things are looking in the UK at the mo. buying a 20 grand camper (that’s our budget) may not be the best option, besides it gives us computer controlled mechanics. which I don’t want. Keep it simple..it works !!”

We set ourselves a budget of 12 grand to buy and get one, either done, or needing doing. Well we pretty well realized very soon, that  amount of money doesn’t get you much of a narrow boat..done or otherwise. We looked at a lot. most of them wrecks in various different forms.we needed a boat of 30/40 feet. ideal size, larger boats are good for general living but tiresome on narrow canals. you can turn (wind) a smaller boat much more easily without traveling an hour or so to a winding hole, locking on the way there and back, hard work and time consuming. and after living in our campervan for 6 plus years, a smaller boat would be huge, compered.

At this point, I must say I am not new to narrow boats or refurbs, so new what to expect.

The main thing I was particularly looking for,was a good hull, or one with a survey done.The rest of it didn’t matter much, as I’m quite handy restoring wrecks of different kinds.

We turned Voyager down originally, as too much money for what she was. and what we had, but the guy who owned it phoned us 1 month into our search and halved the price, and after looking at 10 different boats in various sizes and states, we decided to buy her, as it was wirhin our budget, both money wise and time wise.

Father Christmas on his way

We lit the boat for him

I have never been a savings type person..got to ten bob!!!  once when I was a kid, then went out and blew it on sweets. No saving for old age..figured if I had me health, I could always turn my hand to something..And if not?? well money wouldn’t help much..besides if you have it, and they stick you in old folks home smelling of P***  they take it off you.

THEN YOUR BACK TO 10 BOB POCKET MONEY 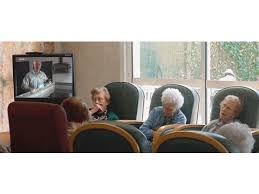 The boat was out of water in a Trucking transport yard, in Dawlish. (Two Photos below) So it gave me a good chance to have a good look at the hull. and it was good for its age. with the required over plating done. and a Survey. ( which we did not know about on our first visit) The boat (VOYAGER) is  A 1978 Springer with a length of 10 meters.

From what I can see, was built as a water bug 22ft, and lengthened at some point in her life to 32 feet. and in good condition for 43 years old.

Voyager as we found her April 2019, Hidden away in a lorry compound in Dawlish

People who know narrow boats generally see them as bottom end boats..But to be fair, if you get a good one, they are very good. This one had been completely over plated with quarter plate Steel, and spray foamed inside the hull.  V hull which makes it less roomy inside. but much more economical on the go. all of that would have been expensive. got lots of receipts for hundreds of pounds, by variouse owners.

So, with all this work already done,we set about the project.

Did a deal with the transport yard to deliver her to a boat yard in Gloucester, very reasonable. £600 which included Crane on and and into yard when it got there.. But Whoa, if you go down this route ever,  A warning. Most boat yards wont let third parties crane anything, so we had to pay to get it craned off the lorry and into the boat yard, although the lorry had its own crane, and then back into the canal when finished…bit disappointing , but that’s the rules, but £600 was a bargain to get it there, we were quoted over a grand by others.

So, we set about the rebuild.

The hull was very good, but had been re-blacked by previous owner and left out of the water for 5 years. The blacking underneath that, did not look great, so we scraped all of it off down to bare metal. as we also did to the paint on the top later on. Then added 4 coats of bitumen black, scraped down the top and added 2 coats of undercoat, red oxide, 3 top coats of ford tractor blue. That took us about a month.

The interior was a complete mess..To be fair the guy we bought it off had his own ideas on how to proceed, but due to ill health, could not, Lovely guy. genuine, but interior was no way ever going to be good. so we ripped it out. and started again.

We have removed the wood burner, as we opted to fit electric heating, and diesel air blowing. One for cruising, and the other for Marina life.. or both. Wood burners are the way for most, but to be honest, not for us, wood and coal now being fazed out makes them a little impractical, and expensive to run. They are also very dirty with ash dust spreading inside the boat. Nice to look at them flickering away on a cold night, difficult to keep a regular temp throughout the boat. and a nightmare when they go out overnight. Try relighting one first thing in the morning, with inside boat temperature at around freezing !! Great fun, I can assure you. The diesel air heater burning kerosene, is a blast, in more ways than one. It has it good and bad points. best is its cheap to run, and instant heat coupled with the fact it miles more practical than a wood burner.

Quality Control Person (Its got to go)

Old hulls under the floor tend to get rusty, Springers have an added fault. they were designed to let any water that entered by any means, flow through the hull, under the flooring, inside to the bilges in the rear. This does not mean they are leaking,  but early Springers on the whole, do not have self draining decks. Some owners opted to drop the shower water in as well, The polystyrene foam in the first picture below, was an attempt at stopping this flow of water through the hull by a previous owner. I have since modified it to do just that. Added a new sump pump at the bow.

Water can not find its way into the boat from the bow anymore, The pump is just a safety peace of mind thing. The Stern had a ropy old one, chucked that! and fitted two modern ones. This is an area which can and does take water from the prop seals, although Ours is bone dry.  I did the seals when it was out of the water. The boat has a cratch cover fitted. but if it was to blow off, or we forgot to put it on, water would build up in the bow. and eventally find its way into the boat. The sump pump would now easily take care of that, but I prefer to stop it before it starts.and at a later date I intend to make it self a draining deck. The length of the iner hull, is now waterproofed and bone dry. and nicely painted, by Vincent van Teresa.

scraping the old rust off

the difference in height

The next stage after getting the floor back in was to design the interior to give max space and ease of use in a 32 foot by 6.9 space. I wont bang on for page after page of the rebuild as its too much too write down, but a brief collage in pics of before and after, should do it. And of course the previous floor section bit was done after we ripped the old interior out

As it was before the rip out

the difference in height

Ripping it out and as it was before refurbish. above.

Below, as it was being rebuilt

The Hull is a v design common on the Springers, which restricts  height in the boat, if you dont get it right. Its a balance, really, low floor, more headroom,  higher floored, gives lower headroom. we managed to get it right..with a 6 foot headroom (just)

side base going in

rear door and hatch area, before sink and cooker fit

we decided to split the ceiling.

side bases and windows and walls in

bases in with carpet covering

BELOW…the almost finished article. because if you ever owned a narrow boat..??? You know they are never finished !

before curtains were made

Voyager now on the mooring and we are using her. We have no immediate plans to cruise the canals , Its a thing I have done extensively before, and right now our priorities are a Base.. Teresas Fibro is getting worse, I cant see her being able to wind heavy lock paddles, and or steering boat climbing in and out of locks etc..

We are going to slowly finish the jobs  and  haul her out in five years ( now 3) for, to pretty her up. and a re-black. We are not allowed to paint the outside of the ,boat, on the marina, owing to some twat dropping a can of paint into the water,  and starting his engine and swishing it round, so every one got a water line mark !! But for now we are content to sit and contemplate the beautiful surroundings.

back to main page